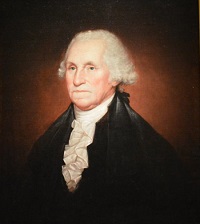 Battle of Monongahela – Was under Braddock- Battle of Braddock’s Field – July 9 1755 – Though defeated, but proved that George Washington can lead an army

Fort Duquesne (Fort Pitt) – Washington lead an army of 2500 towards the fort (near Pittsburgh) but the French had already fled. It was still a victory